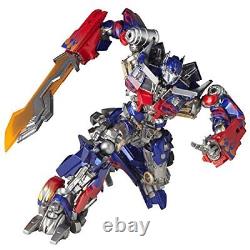 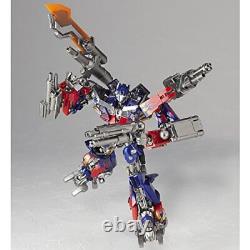 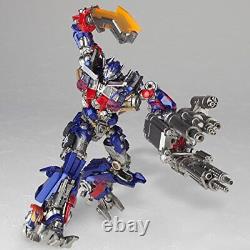 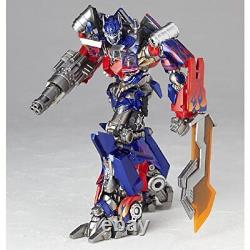 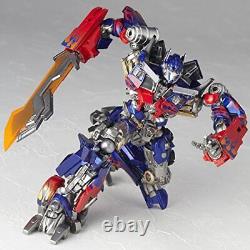 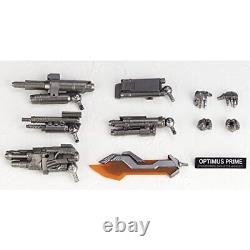 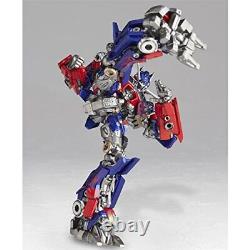 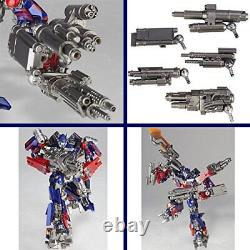 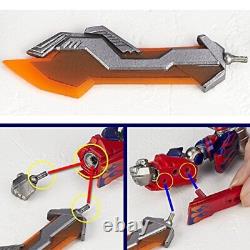 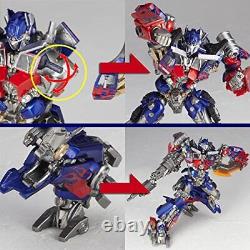 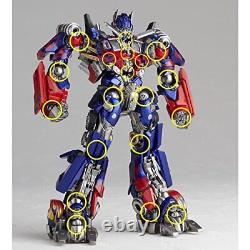 SCI-FI Revoltech Transformers Dark of the Moon Optimus Prime action figure. Release Date: 2015/12/23 Body size: Height: about 140mm major producing countries: China Age: 15 years old or more Sculpted thoroughly pursue the action and the form of at Oshima Yuuki Autobot form! Large machine gun and a blade is attached, reproduced at will also sword fight action in the play. Deformation robot toy series "Transformers (THE TRANSFORMERS)" was born in the 1980s was used as a draft, figures of from Transformers series, which is live-action movie, the [Optimus Prime] from the "Dark Side of the Moon".

Thoroughly pursue the action and the form of the robot form, can be reproduced to leave even think sword fight action in the pose is also possible play, such as turning kick and stand knee. Complex mechanical design portion is also precision molding, finely divided the parts in order to reconstruct a result was both moving as a robot of form and action figures. Comes with a machine gun and a blade that appeared in the drama, assembled each machine gun consisting of a five-piece via a revolver, you can reclassified to the shape of their liking. Machine gun is dismantled, the original instrumentation attached to the hole for the revolver, which is provided in figure body?

Item over 2kg will be sent by. The scratches generated in the above process, some dents, etc. Will be the specification of the product. Instruction manual could be written in Japanese. If there are any problems with our product, you can request returning or refunding within 30 days after receiving the items.

(However, the country of manufacture also has products other than Japan). We sell only new goods & unopened goods. We don't sell fake and copy goods. This is brand new item. Internation al Buyers - Please Note.